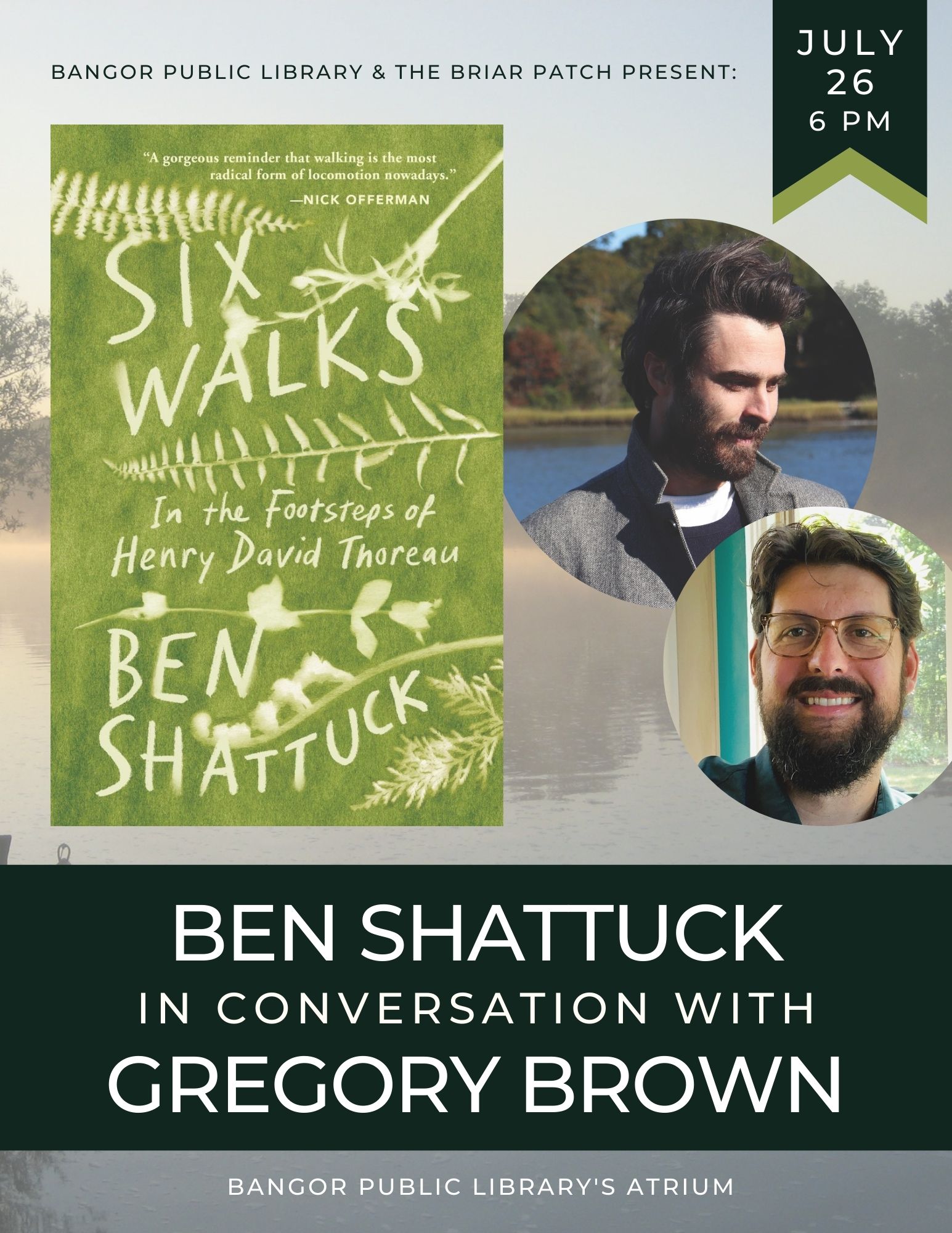 Ben Shattuck will be in conversation with Gregory Brown discussing Shattuck's recently released book, Six Walks: In the Footsteps of Henry David Thoreau.

On an autumn morning in 1849, Henry David Thoreau stepped out his front door to walk the beaches of Cape Cod. Over a century and a half later, Ben Shattuck does the same. With little more than a loaf of bread, brick of cheese, and a notebook, Shattuck sets out to retrace Thoreau’s path through the Cape’s outer beaches, from the elbow to Provincetown’s fingertip.

This is the first of six journeys taken by Shattuck, each one inspired by a walk once taken by Henry David Thoreau. After the Cape, Shattuck goes up Mount Katahdin and Mount Wachusett, down the coastline of his hometown, and then through the Allagash. Along the way, Shattuck encounters unexpected characters, landscapes, and stories, seeing for himself the restorative effects that walking can have on a dampened spirit. Over years of following Thoreau, Shattuck finds himself uncovering new insights about family, love, friendship, and fatherhood, and understanding more deeply the lessons walking can offer through life’s changing seasons.

Intimate, entertaining, and beautifully crafted, Six Walks is a resounding tribute to the ways walking in nature can inspire us all.

About the Authors
Ben Shattuck, a graduate of the Iowa Writers’ Workshop, is a recipient of the PEN/Robert J. Dau Short Story Prize and a 2019 Pushcart Prize. He is the director of the Cuttyhunk Island Writers’ Residency. His writing can be found in the Harvard Review, The Common, the Paris Review Daily, Lit Hub, and Kinfolk Magazine. He lives with his wife and daughter on the coast of Massachusetts, where he owns and runs a general store built in 1793.

Gregory Brown grew up along Penobscot Bay and still lives in Maine with his family. His work often explores the interaction of land and human influence, with a particular interest on social, cultural, and environmental issues in rural communities.